Before the creation of HTML5 video, there was no standard way to view videos online. With little to no changes to HTML over the past decade, changes to the internet had far outpaced changes to the popular programming language. Because of the lack of a natural way to integrate video into HTML code, users had to rely on third party plug-ins like Flash, Quicktime and Real Player. In order to meet the demand for video capabilities, the HTML5 update also included a video element that allows videos to be played directly from a web page, rather than through a separate video player.

HTML5 video works by allowing the person uploading the video to embed it directly into a web page. It works in a variety of internet browsers, including Internet Explorer 9+, Firefox, Opera, Chrome and Safari. Unfortunately, the technology is not compatible with Internet Explorer 8 and earlier versions. 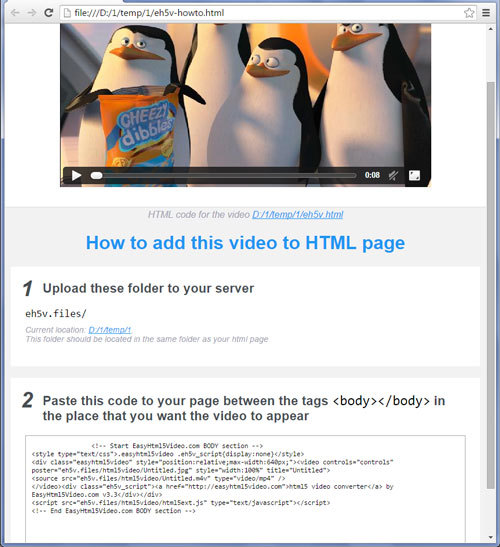 The programmer can use the controls attribute to add video event controls such as play, pause and autoplay. It’s a good idea to set the width and height attributes to prevent irregularities between viewers across internet platforms. If the programmer does not set the height and width, the brewer might not know the size of the video, causing the entire page to flicker while the video struggles to load.

When using the video tag, text can be inserted that will display on the page. However, the text will only display in browsers that don’t support the video element. It is possible to connect multiple source elements to different video files, though the browser will generally default to the first recognizable format.

Currently, there are just 3 supported video formats that are compatible with the video element. These formats are: MP4, WebM and Ogg. All three of the formats work in Chrome, Firefox and Opera, but Internet Explorer and Safari only support MP4 formats.

There are several clear advantages to using HTML5 video instead of traditional plug-in type players. First, embedding videos directly into the code for the web site prevents users from having to download plug-ins which can be time-consuming and dangerous. There have been many viruses over the years that have been delivered with media player plug-ins, causing some public places, like libraries, ban downloading plug-ins all together.

By eliminating the need to download a third party plug-in, more people are likely to view a particular video. For those who rely on videos to sell their products or provide valuable information, the simple act of removing the plug-in requirement is a huge advantage.

If you’re interested in eliminating cumbersome third party plug-ins and using HTML5 video on your site, consider the EasyHTML5Video http://easyhtml5video.com for your needs. The converter is easy to use and works great for all types of applications.